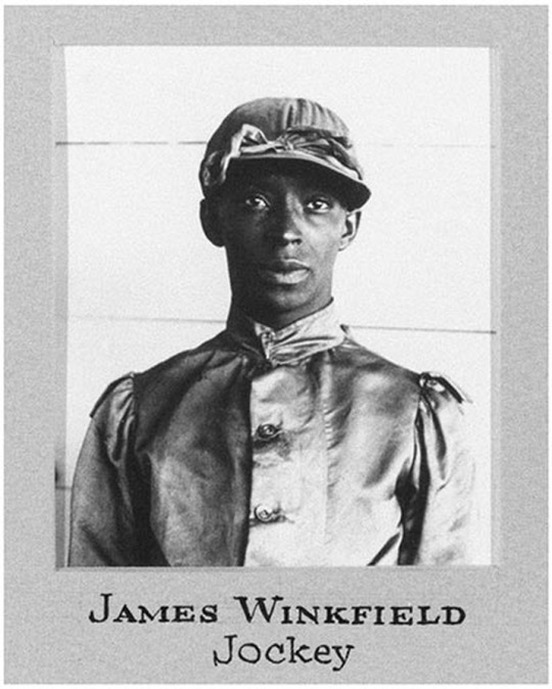 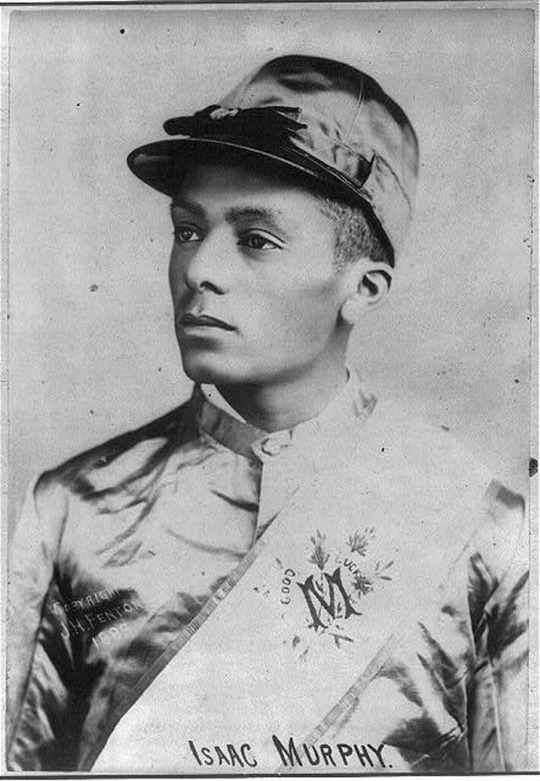 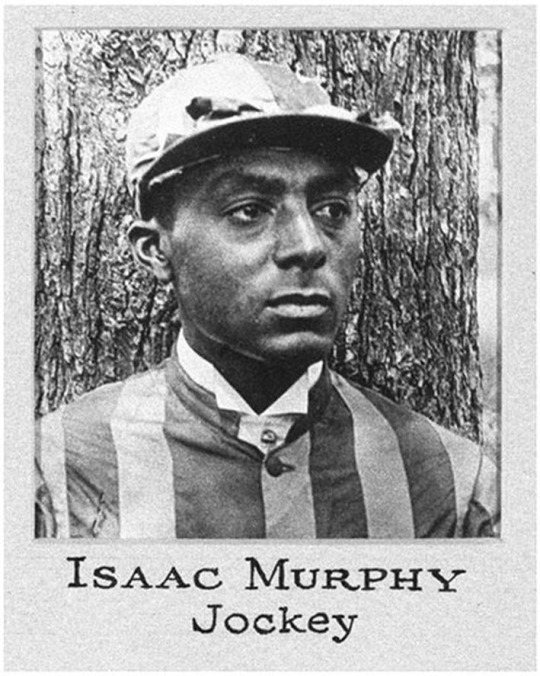 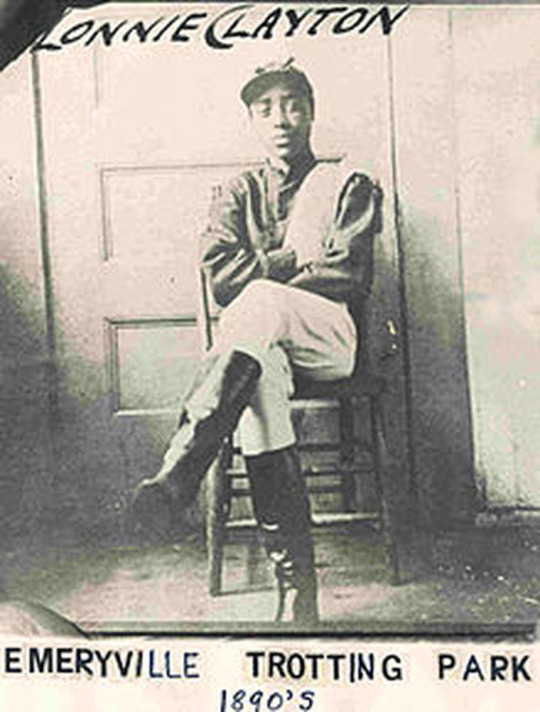 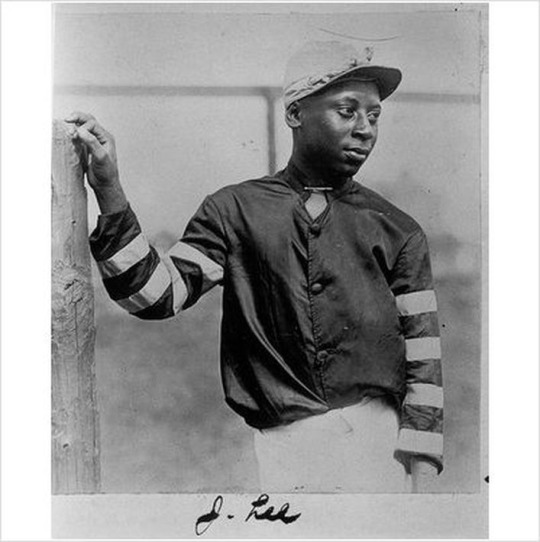 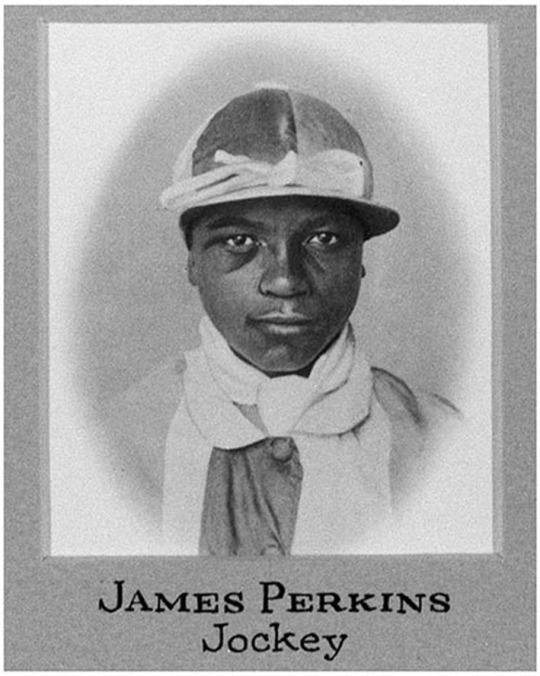 As I was doing  research for our new collection I stumbled upon some interesting discoveries. While researching Paris and the artist community during the belle époque era I saw a picture of an African- American gentleman of that time wearing what seemed to be riding apparel. I enlarged the photo and was intrigued not only because of the equestrian reference but also because he was an African -American jockey. As I began to read and view photographs my research headed in a different direction. I started to find images of black jockeys during the 1800’s in elegant satin uniforms, white trousers and leather riding boots, and their stories were just as interesting. The Kentucky derby started in 1875,  13 out of the 15 riders were African American and blacks won the first 15 derby’s during this time. However, through segregation and the introduction of Jim crow law African -Americans were banned from the sport and almost written out of history. Many black riders accumulated great wealth from winning races, some jockeys even went as far as Europe to race.
​
To be continued… 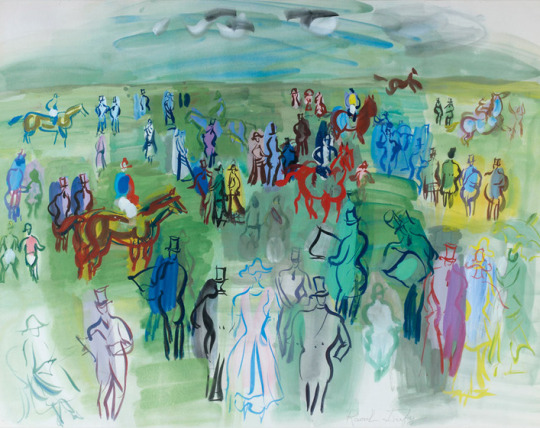 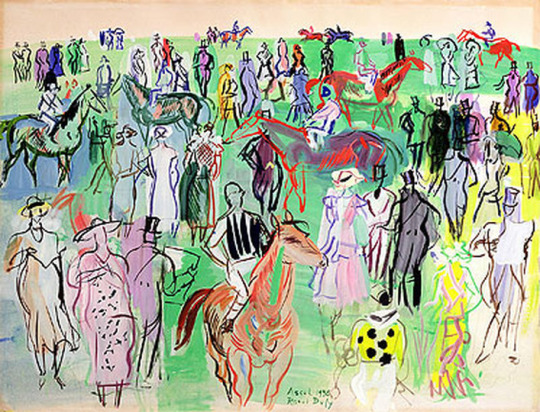 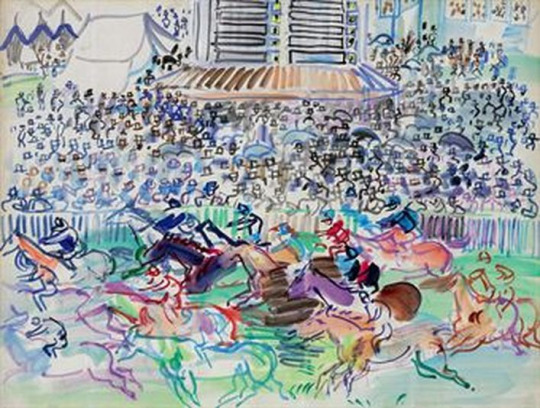 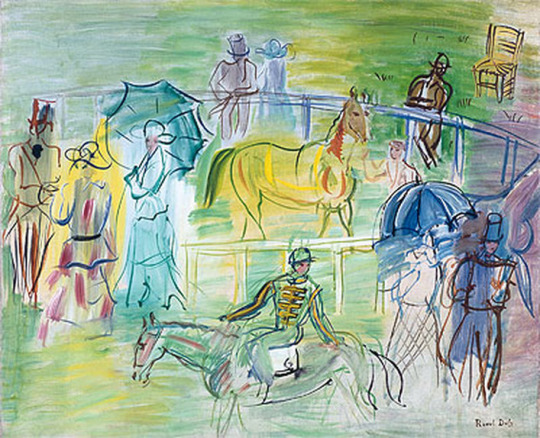 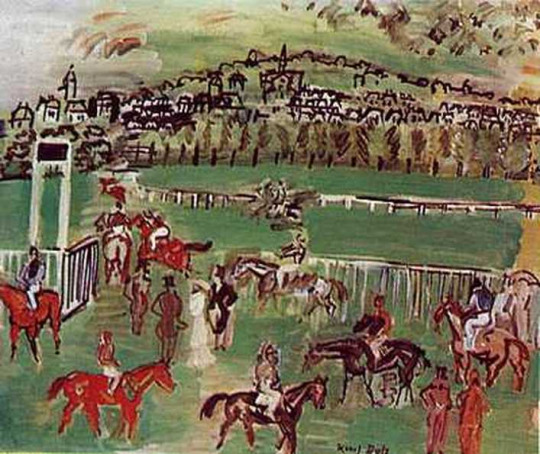 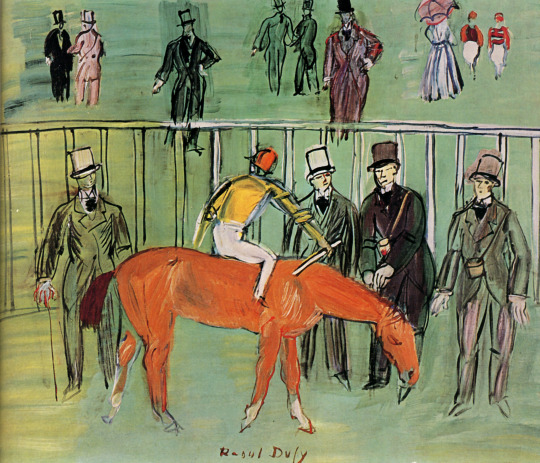 "THE THOROUGHBRED”
BY RAOUL DUFY
CIRCA:1940 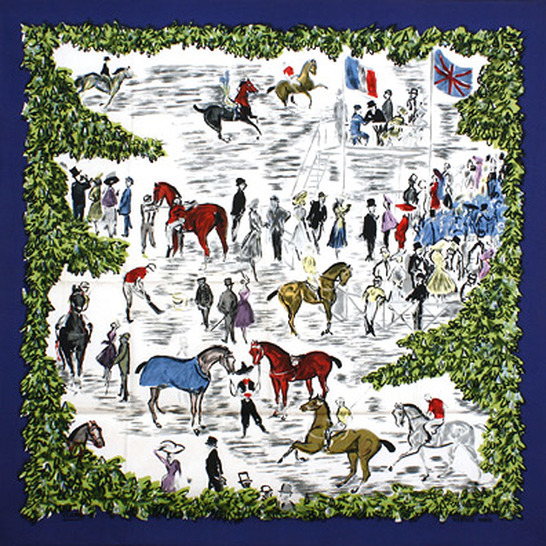 HERMES
POLO DE BAGATELLE
BY JEAN LOUIS CLERC
CIRCA: 1955
​
During the 1950s an artist by the name of Jean Louis Clerc was commissioned to do work for Hermes. Clerc produced many scarfs for the Hermes company. In 1955 he created a scarf entitled grand Prix polo de bagatelle. We acquired one of the scarfs and began to research the artist. It is always interesting how things are interconnected. About two years ago I received a book by the french artist Raoul Dufy whom was a part of the fauvism movement during the turn of the 20th century.I was intrigued by his work and instantly thought it reminded me of an Hermes scarf. Dufy painted numerous equestrian water color and oil pieces. My assumption was not far fetched because as I researched more about Jean Louis Clerc I discovered that he was inspired by the works of Raoul Dufy. Art, craftsmanship, and imagination are all elements that exist on an infinite plane of creation and recreation, (thus) promising everything that has been created no matter how innovative it may seem, has been done before. We as artists must allow ourselves to follow the inspiration that connects directly with our spirit and interpret the world through our eyes and experiences.